How systemic religious discrimination manifests in Lebanon versus France

With the strong demographic growth of the middle east as well as globalization and the fact that the world is now more connected than ever, immigration has become a lot more common, and so we now find a lot more diverse communities around the world. But this can have some negative effects such as discrimination; this paper will explore what religious discrimination is, what causes it, how it is rooted within communities and how it is managed differently around the world with the examples of France and Lebanon. We have chosen these two countries because they are two very diverse countries religiously, we can find all branches of Christianity and Islam in Lebanon, and we can also find in France all monotheistic religions as well as atheism. Furthermore, this subject is not studied as well as it could be in Lebanon, and Lebanon’s history as a French colony means its legislation is heavily based off that of France.

Lebanon is a country of religious diversity. The constitution not only guarantees freedom of religion, but also divides governmental power between 18 different religious sects. Of the 18 recognized religious sects in Lebanon 4 are Muslim, 12 are Christian, 1 is Druze, and 1 is Jewish (1). Each religious group must be recognized by the government if they wish to be granted legal status under the law. Many new religious groups, however, have had a hard time registering with the government, and many have been refused. Although still very diverse, over the past 60 years the gap between the two religious populations has widened as the Christian population has decreased due to emigration, and the Muslim birth rate has increased. At present, 56 percent of the population in Lebanon is Muslim. Of that 56 percent, 28 percent are Sunni and 28 percent are Shi’a. The rest of the Lebanese population is made up of to 21.5 percent Maronite Christian, 8 percent Greek Orthodox, 5 percent Druze, and 4 percent Greek Catholic (1). Article 473 of the Penal Code awards a one-year prison term to anyone convicted of blaspheming God publicly (2). To further demonstrate the importance of religion in Lebanon, we would like to state that there is no civil marriage, so citizens are required to get married and divorced in a religious place. Sectarian identity is not only enshrined in the political system but also constitutes the basis for personal status in Lebanese society (3).

Meanwhile, France is also a country of religious diversity, although, the subject may not be as sensitive (as stated in Britannica.com entry on Lebanon: “As religion and government in Lebanon are deeply and formally intertwined, the relative proportions of the country’s religious communities is a highly sensitive matter” (4)) given that the state and religion are far more separate (5). However, religion has become a recurrent topic as well as cause of tensions in the country, with issues generally centered around the freedom of the Muslim community. In France, one of the founding principals of the republic is “la laïcité” (secularism) which codifies religion and religious issues as a private matter which should not play out openly whether it be in public or in the workplace (6). Even with this founding principal, religious discrimination happens quite often even if it is in a lot of cases reported as ethnicity-based or gender-based. With the immigration rates increasing, religious pluralism in France is now more intense than ever; in an attempt to manage this, the French government took measures such as banning the veil in public schools. This triggered a strong public outcry both in France and around the world, which was in turn countered by a surge in popularity for far-right politicians such as Éric Zemmour (7). These politicians often look to crack down on immigration, religion (mostly Islam) as well as the double-nationality.

Not only that, but these issues also intersect with feminism as today, there are women in France who have “quit university, avoided medical treatment, lost their jobs, [been] expelled from neighborhood childcare networks, and confronted threats and insults on public transit, all for the simple, personal act of wearing a headscarf. Now, Muslim mothers face the added humiliation of being barred from accompanying their children on public school field trips.” (10). This suggests the principal of “laïcité” has triggered or stoked an existing move towards nationalistic views amongst some of the French public, thus contributing to the issue of Islamaphobia in the country.

To focus in on a legal case related to this topic, Dogru v. France involved an eleven year old student wearing the Islamic scarf to her state secondary school. During PE, a teacher demanded that Dogru remove her headscarf, and her refusal to do so led the school to expel her. In the ensuing legal case, the court used France’s supposed aims of protecting public order and individual freedoms to decide against Dogru (11).

Next, in Lebanon, religious discrimination is a very complicated issue. Despite being a very diverse country, the spread of different religions is largely regional, rather than integrated. Districts like the Metn, Batroun and Kesrouan are predominantly Christian, for example, whiles regions like Tyre and Bint Jbeil are largely Muslim (12). In comparison to France, then, Lebanon arguably has more systematic, governmental discrimination, with convention dictating that the president be maronite, the prime minister be shia and the speaker of parliament be sunni, in order to represent the three primary religious sects of the country at the time the constitution was written. Similarly, seat-holders in parliament must match religious quotas, with set proportions for Christian and Muslim MPs, and further requirements for representation of denominations within each religion. As can be seen in the map below, religious representation in politicians largely follows the same lines as religious affiliation in the population of any given area (13). This system was supposed to be in place temporarily after the civil war then changed so that everyone, whatever their religion, could work in any governmental role (14). In reality, however, this system has stayed in place and helped pass positions of power from father to son. Finally, there is an intersectionality between religious and racial discrimination in Lebanon, as refugees come into Lebanon from countries like Palestine (400,000, or 10% of the number of the total Lebanese population in Lebanon) and Syria (because of wars) as well as the many who earn residence permits each year (15). Discrimination can be seen towards these immigrant populations, with certain nationalities working almost exclusively in certain careers.

So, religious discrimination is an issue which is present in both countries, but which manifests differently in the two nations. While in Lebanon it is still very outwardly engrained in politics and law, in France the issue is nominally less prevalent – although as evidenced by the Dogru v. France case, this does not mean it is powerless to impact legal and political issues. Government Responsibility for Vaccinations during the COVID-19 Pandemic The Individual, Immunity and the International Courts of Justice 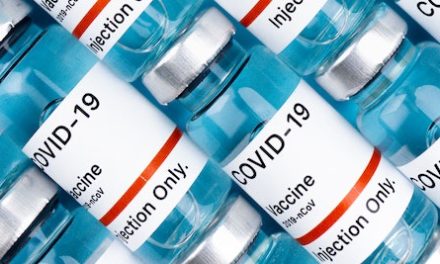 What Legal Challenges Did the UK, Bahrain, USA and Togo Face After the Introduction of the Vaccine?