Supervised by: Eugene Shevchuk BA (Cantab) MJur (Oxon). Eugene studied Management at the University of Cambridge, before completing an MJur at Oxford University. His research interests include aviation management, interdisciplinary studies of law and economics, and game theory’s application in law. He has taught International Business at the University of Kyiv, and is currently working on his PhD at McGill University in Canada.

The COVID-19 pandemic has rapidly spread and affected numerous countries across the globe. In this increasingly globalised age, such an event brings into question the role international cooperation has in the global response to COVID-19. This paper discusses the interaction of global collaboration with COVID-19 scientific research and COVID-19 vaccine development and accessibility.

As what was reported as a ‘cluster of cases’ in Wuhan on the 31st December 2019 progressed to be classified as a pandemic on the 11th March 2020, scientists all over the world scrambled to comprehend this fast-spreading disease (1). During the COVID-19 pandemic, global scientific collaboration has been central to effective policymaking and suggests the need for governments to move away from protectionist action and move towards collaborative international research.

The role and limitations of global cooperation for COVID-19 research

An example of this is the EU’s initial €1.3m grant to the Global Research Collaboration for Infectious Disease Preparedness (GLoPID-R) Network (2). This initiative focuses on providing an efficient yet informative response to the pandemic through the coordination of global research efforts (3). Within three weeks of the World Health Organisation’s (WHO) disease alert, GloPID-R members and supporting research agencies around the globe worked with the WHO to establish research priorities for combatting the disease. This was beneficial as the different research organisations could use their distinct expertise to address gaps in knowledge and understanding more rapidly and successfully than if each country had engaged in research independently. This improved the ability of governments to respond efficiently to the pandemic and initiate effective health policies to protect their populations. Furthermore, this collaboration reduced the opportunity cost each country would have had if they had carried out less efficient research within their country’s capacity. Such economic gains could be hypothecated into programmes such as the UK furlough and coronavirus retention scheme in order to reduce the damage the pandemic had on their respective economies.

On the other hand, the moves of certain economies towards more protectionist measures surrounding scientific research could limit the prospect of global collaboration. There is an incentive for economies to undergo research and development independently to enable their economy to recover and adapt to the socioeconomic challenges brought as a consequence of COVID-19 at a faster rate than other economies. However, evidence suggests that, more than ever, collaborative moves were favoured over protectionist ones in response to this pandemic. The OECD describes the global effort as unprecedented and estimates that, of the $7.5bn raised for COVID-19 research and development by the third quarter of 2020, $2bn was funnelled through international initiatives (4). Interestingly, despite the delicate relations between the USA and China, these two dominant players on the international stage developed closer ties through scientific global collaboration, which Andrew Wyckoff, director of the OECD’S Directorate for Science, Technology, and Innovation, sees as affirming China as a global player (4). He says the success, however, is dependent on countries building trust.

When, on 10th January 2020, the sequence of the COVID-19 genome was released by Chinese scientists, the foundation was set for countries around the world to begin their emergency vaccine development. They were met with many challenges in the development of COVID-19 vaccines, the most significant being the conventional 10-15-year complex procedure involved in developing a safe and effective vaccine needing to be sped up as the global health crisis spread exponentially. Moreover, the cost of vaccine development is high due to the nuanced research, testing, pre-clinical and clinical trials required. This is worsened if any of the trials raise concerns, resulting in more trials having to be arranged. Finally, in order for a vaccine to be viable, it has to be easily manufactured and administered safely on a large scale.

As of late spring 2021, at time of writing, over a billion doses of the dozen or so approved COVID-19 vaccines have been administered globally, for either emergency or general use (5). From country to country, however, there are gaping disparities in progress in the proportion of different populations that have been vaccinated. Some countries, such as Israel, the UK and the US, have administered over 40% of their population with at least the first dose of a COVID-19 vaccine, whereas the vast majority of countries have drastically lower vaccination rates. In Congo and Syria, for example, less than 1% of their population have received at least the first dose of a COVID-19 vaccine (6).

These disparities fundamentally stem from the fact that there a few countries that are dominating vaccine development. Most of the vaccines approved for either general or emergency use have been developed from research organisations or businesses in China, the US, the EU and the UK. Around 80% of the world vaccine supply originates from these countries alone (7). A few countries dominating vaccine production could be problematic, as the remaining countries’ ability to vaccinate their populations is dependent on the decisions and priorities of the vaccine-producing country. These priorities and decisions vary widely. Some countries like the US or the UK have exported close to none of their vaccines, as their focus remained on meeting their domestic population targets. Whereas some other countries do the opposite – like China, which exported around 60% of the vaccines due to their confidence in their ability to control domestic cases. Finally, most countries may behave similarly to India, who began exporting most of their vaccines but are now not exporting so many as their domestic situation grows more severe. This leaves uncertainty in the country’s importing vaccines abroad, which is likely to lead to social and economic instability.

Yet, as emphasised by the WHO ‘with a fast-moving pandemic no one is safe, unless everyone is safe’ (8). Thus, the widening disparity in the ability of different countries to respond to COVID-19 is likely significantly wider due to the worldwide nature of the communicable disease, made more serious by the increasingly interconnected and globalised nature of current society. This can be evidenced in the WHO’s estimation that the global economy loses US$375bn every month that could be prevented by increasing global access to a vaccine (9). With the prevalence of free trade agreements and the supply chains of economies being more interdependent in this digital age, equitable global access to a vaccine can be brought into fruition through international cooperation.

Around the end of 2020, some governments floated the idea that they may waive their intellectual property rights on vaccines at the World Trade Organisation’s TRIPS council. The latest proposals would allow low-income countries to produce the vaccines by themselves as technology and patent protections would be lifted. The US led such claims; on the 5th May 2021 it announced its intention to support this WTO proposal of temporarily waiving such rights (10). This could improve vaccine affordability, as the waiver would block firms from charging exploitative prices as a result of them being protected by the lack of competition from the few but dominant vaccine producers. Consequently, this level of global collaboration could be key in deciphering and meeting the needs of countries with alarming rates of vaccine deficit.

However, previous health crises such as the 2014 Ebola outbreak or the 2009 swine flu pandemic show the difficulty in organising global collaborative responses and the COVID-19 vaccine response has also seen its own collaborative difficulties. Many governments may not be want to waive their patents as government-protected monopolies or oligopolies are often key in incentivising innovation. Through patents, firms have the desire to invest in research and development, to improve production processes and to carry out scientific research in the hope of creating an effective vaccine first. This incentive is likely the reason why several firms began announcing their vaccines at this unprecedented rate within just a year. This likely would not have been the case if the firms did not think they would benefit financially by enacting their intellectual property rights. Furthermore, in regards to vaccine distribution and access, despite initiatives undertaken by global initiatives like COVAX, global demand still well exceeds global supply. High income nations such as Canada, Australia and the US have partnered with drug companies, ensuring sufficient doses for their populations. This is despite attempts by the WHO to advise the consideration of poorer countries, many of whom now face strict patent and production regulations that are hindering their ability to protect their respective populations. This brings into question the effectiveness of international collaboration in vaccine development and accessibility.

Nevertheless, there are signals of improving global cooperation in recent months, such as the recent announcement following the G7 2021 summit where the pledge to share 870 million COVID-19 dose vaccines was made (11). This was done in support of increasing global access to vaccines, which COVAX partners have applauded for ensuring global health. This demonstrated the accelerating acceptance of the significance of global cooperation in combatting the pandemic towards the collective goal of restabilising global health and the global economy.

In conclusion, international cooperation plays a significant role in improving global health and in promoting global economic recovery due to the nature of COVID-19 as a global crisis. Differences in wealth, political ideologies and economic policymaking are likely to influence the ability of countries’ willingness or reluctance to collaborate. A year on, further challenges surrounding the development and distribution of vaccines include the severe excess demand over the limited vaccine supply, unpredictable and perilous new strains of the virus and public scepticism around the vaccine. The vaccination of a critical mass of the global population could prove essential in tackling the socioeconomic impacts of COVID-19, so global cooperation is looking more necessary than ever before. 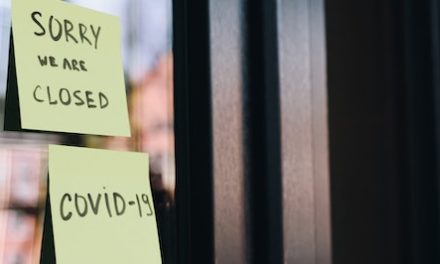 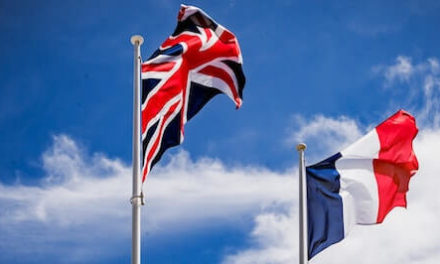