Supervised by: Fidelia Hein, BSc. Fidelia holds a Bachelor of Science in International Business from Reutlingen University. She is currently completing her MBA degree at the University of Oxford Saïd Business School. Prior to starting her MBA degree, Fidelia was a business manager at the multinational corporation Olympus Surgical Technologies Europe.

I will be investigating the effects of Britain’s exit from the EU, and what that has meant for the production and distribution of COVID-19 vaccines in both the UK

and France. The results of this research will suggest whether or not Brexit had unforeseeable economic consequences on countries when combines with impacts of the current pandemic. This topic is extremely relevant today as there has been a significant difference in the vaccine rollout rate of the UK and the EU (including France). Figure 1: The UK has a much faster vaccine rollout rate compared to the EU (nearly 5x faster)

There is some critical information to keep in mind before reading the following paper: Figures 2 & 3: Types of Vaccine in the UK and France, respectively.

My initial thesis was a comparison between the UK and the EU as a whole. However, I immediately ran into a problem. The EU is large number of countries under one name; as such it has a population significantly larger than the UK. We can’t use comparative figures between the UK and EU, as it’s not fair to compare one country’s vaccine rollout to a large entity of countries. As a result, to overcome this problem I decided to concentrate on one country within the EU. I chose France because it’s a massive contributor to the EU and arguably one of the most important countries.

My first finding was that the UK has an extremely efficient vaccine rollout rate. It managed to start production of its vaccines (such as AstraZeneca) a full three weeks ahead of the EU which, despite having the combined resources of more than two dozen countries, fell behind. As of April 2021 more than 46 million people had had a first vaccine dose in the UK – nearly 90% of the adult population, and more than 36 million – circa 70% of adults – have had both doses. Due to their immensely successful vaccination rates within the adult population, the UK has started to offer vaccinations to children under 18 as well. Compared to the UK, France’s vaccine rollout rate is poor. France has an extremely slow vaccine rollout rate that is even lower than the EU’s abysmal average. As of May 2021, the first dose of the vaccine has been given to 57.50% of the population, while the second dose has been given to 47.50% of the population. This data is surprising for many reasons – the main one being the fact that France has had the resources and support of 27 developed or nearly developed countries behind it, while the UK is only one country.

In order to get a better understanding of the above data and to see evidence as to why the above statements are valid, I have used different graphs for each country. Figure 4: The UK’s vaccine rollout in comparison with the rest of the world. The UK places 6th internationally. Figure 5: A regional comparison of vaccine rates in the UK. Figure 6: Vaccination rate by age group in France. Bearing in mind France’s population of 68 million in 2019, only circa 50% of the adult population has been vaccinated. Figure 7: Comparison between France and the UK for COVID-19 vaccinations. France’s average is even below the EU’s average. Figure 8: Comparison of the average time it takes from a vaccine becoming available to getting vaccinated in various countries. Again, the UK outstrips France here.

The final section of this research paper will be considering whether Brexit had a role to play in the disparity between the two countries’ vaccine rollouts. I will be stating reasons that the UK has managed to pull ahead, and whether Brexit played a role in that scenario.

Reason 1 – Ordering as one entity

When scientists at Oxford University developed the AstraZeneca vaccine, and the British government ordered over 100 million doses in May 2020.The EU, by contrast, insisted that all 27 members purchase the doses collectively and only started signing up for the vaccines last August. As a result of this, France only managed to get these vaccines when all 27 countries agreed on a set date.This bureaucracy likely slowed the EU down. Due to the fact that the UK was not under any binding agreement with the EU countries, it managed to get vaccines faster. In this scenario, Brexit was the primary reason that the UK vaccinated its population faster.

The EU is a significant part of the UK’s exporting range, raising questions about what will happen as a result of Brexit? According to the Brexit trade agreements there will be no taxes on goods (tariffs) or limits on the amount that can be traded (quotas) between the UK and the EU from 1 January. As such, trade policy theoretically cannot be held as a reason as to why the EU’s vaccine rollout has been slow. They should still be able to receive vaccines from around the world, including from the UK. That said, the complexity of the no-tariff process has made the process more difficult in practice than it should be in theory. Figure 9: Varying attitudes towards vaccination in the UK and France; by every metric surveyed, the UK population feels more positively towards them.

The vaccine-producing countries of Europe have made enough to vaccinate about half their population with a first jab (100 million jabs were made in EU states with a combined population of about 200 million). Had they had kept this for themselves, they would be far ahead of the UK – which would have had to make do with its own, more limited production. However, the European producers have exported about a third of their production globally, and, above all, the largest recipient has been the UK. The overwhelming reason why the UK is so far ahead with its vaccination program is that it has received so many vaccines from the EU. The UK, on the other hand, refused to export vaccines of such large quantities. The only reason the UK could manage to do this was because Brexit removed any binding contracts with the EU. As such, Brexit played a vital part in the UK’s nationalism of its vaccines.

In conclusion, I believe that Brexit played a pivotal role in the UK’s ability to pull ahead of  the EU (and France) in vaccination rollout rates. This mainly due to the fact that the UK was no longer attached to any country and was free to act on its own. This freedom helped the UK to achieve the high success rate we see in our data today. It enabled Britain to make rules and regulations of its own without having to waste time waiting for other countries to agree. 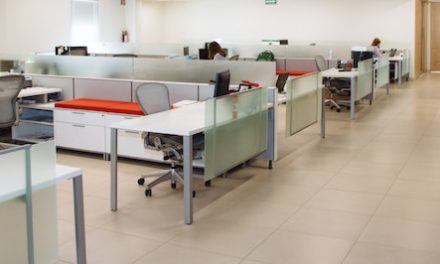